It is a beautiful thing living here and having so many blessings from garden vegetables, private orchards, friend’s chickens. Over the weekend, I worked on a property with some modest apple trees and my boyfriend helped a friend who has free-range backyard chickens. Put their generosity together and…

I still have yet to do anything with the eggs. I was thinking some kind of a quiche, or maybe a bunch of egg salad for the week.

While working on Saturday, I kept sneezing, and continued on. Noticing how the grass was being cut and the wind was blowing made me think I just had allergies. I went over to my parents’ house where my mom had some comb from her beehives on the table. Again, sneezing, thinking allergies.

Sunday morning, all are unsuspecting, and then: BOOM YOU HAVE A COLD!!!

How do you like that!? I don’t. There were so many things I had wanted to accomplish, and people to help out. While I quarantined myself, I watched instagram stories of my partners in clay unloading Joy Brown’s kiln. It’s a magical moment I have missed for several years now that I had really wanted to be a part of. Plus, there is the paying gardening gig thing, you know, that I need to do. Yes, you’re listening to me whining with no reward, here it is.

Count your blessings and your blisters. I took the opportunity of being home bound and used the beautiful apples to make a yummy cake. Boss also took the steps to following through on a big decision today, so we will celebrate with this cake when I am working tomorrow.  Good thing it is her family’s germs that have found me as a hostess. 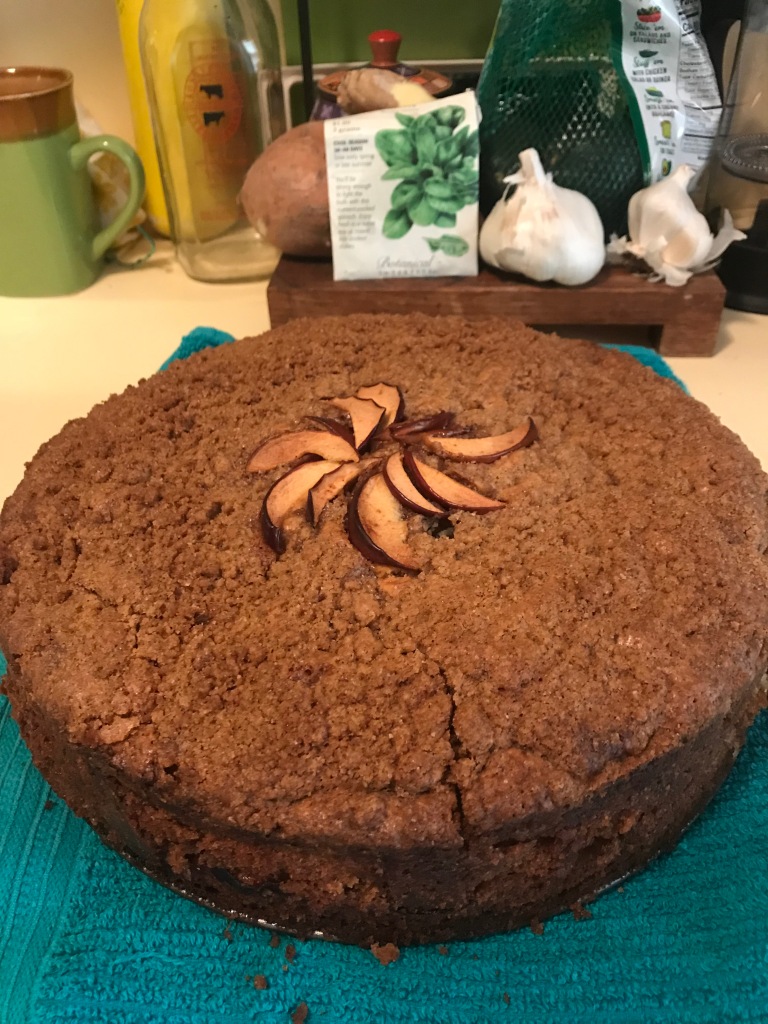 I am not so great at sticking to the absolutes of a recipe, but this is the one that I used: apple crumb cake

It just came up on the googles and I liked the photo they used. Some notes though:

Because I was very stupid and made a 12lb cake in an 11″ springform pan, I had to bake it at 325 F for about 2 hours. Stupid. Don’t be like me. Somehow the bottom is just very crispy and did not totally burn.

It looks pretty though. 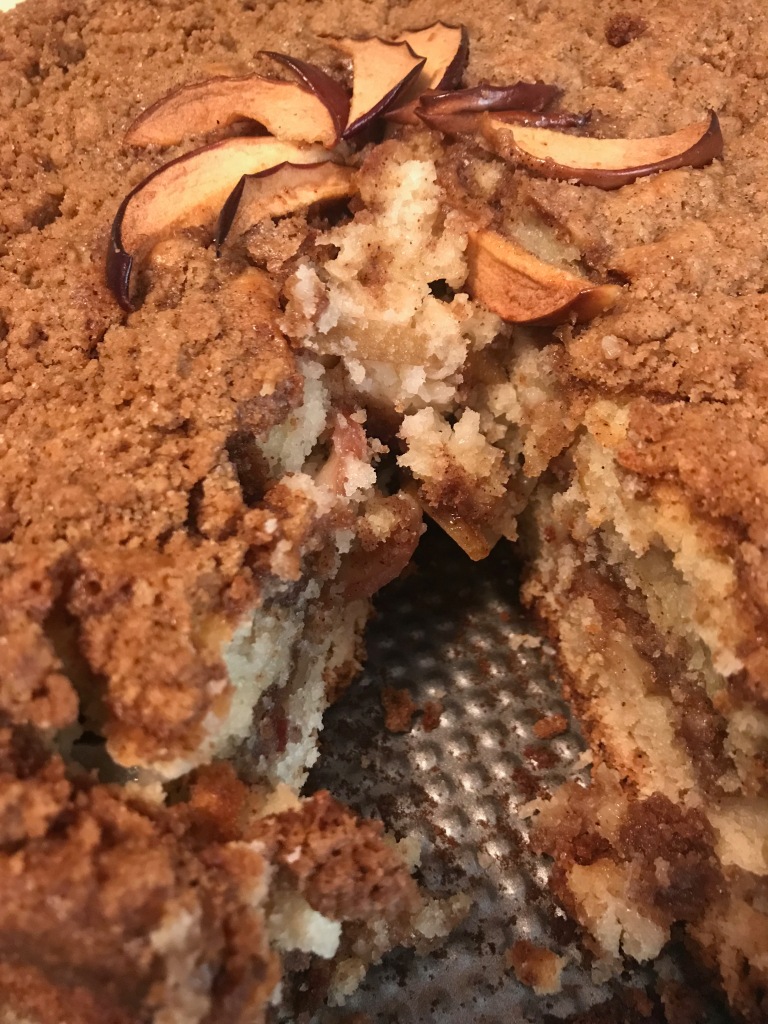 I never made the syrup glaze that the recipe calls for. I did pair it with Siggi’s yogurt instead.. mmmm.

That’s all for this sick day. Here’s to not being a gremlin tomorrow, or at least being one working in the sunshine! With apple cake!

View all posts by BraidedGardener